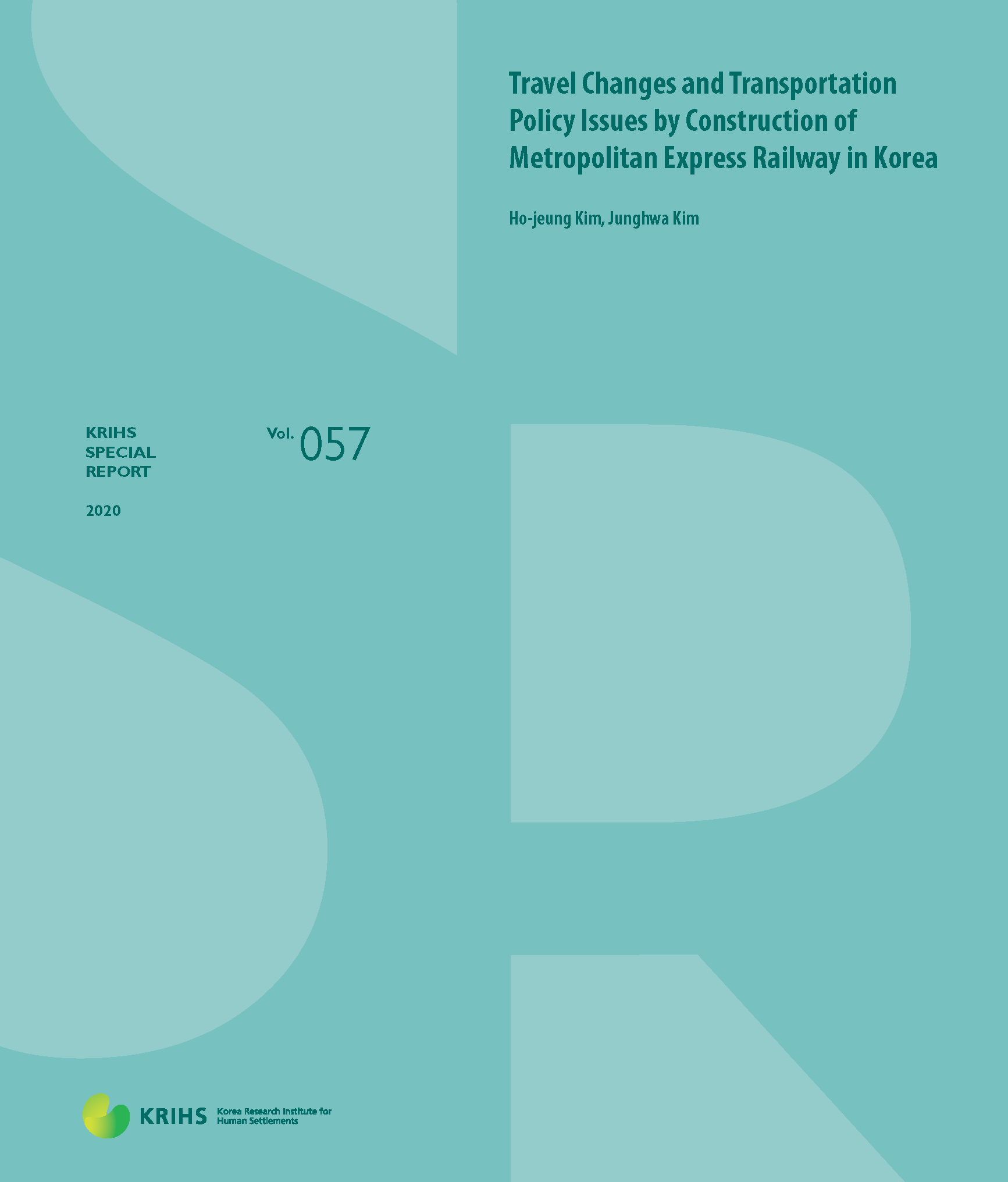 [초록] A recent OECD survey showed that the average commute time in the Republic of Korea was the longest among OECD member states; indeed, traffic congestion during rush hours is getting worse in the Seoul metropolitan region. Noting this, the government has unveiled a plan to build GTX for the dual purposes of tackling traffic congestion in the Seoul metropolitan region and accommodating a new town being planned to mitigate the housing shortage in the region. Anticipating a reduction in commute times following the launch of the Great Train eXpress (GTX) service, the study visualized the effect of the GTX service in terms of changes in spatial forms and areas of the entire Seoul metropolitan region, using a time-space analysis. This study conducted a survey of residents living near planned GTX stations, assuming a growing influence of GTX stations.